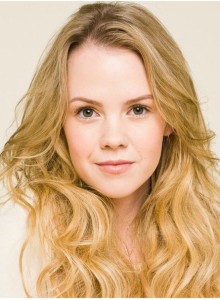 Abbie Cobb was a Guest Instructor at our Celebrity Workshop earlier this year.  She was seen in the recurring role of “Kimantha” on the popular ABC series, Suburgatory. She also co-stars in the feature film Mom’s Night Out; from TriStar Pictures. Most recently, she starred in the ABC drama pilot, Warriors, and the CW’s pilot, Cheerleader Death Squad. Prior to Suburgatory, Cobb had recurring roles on both CW’s 90210 and ABC Family’s The Secret Life of the American Teenager.

Cobb grew up in Nebraska as the youngest of three sisters. After obsessively watching Shirley Temple movies as a young child, she decided she’d love nothing more than to pursue acting as soon as she could. She performed in school plays and community theatre until she graduated, then moved out to LA. She landed her first role on Disney’s Starstruck and continued working with Disney Channel on shows like Pair of Kings, Good Luck Charlie: It’s Christmas, Jonas LA, and Imagination Movers. She eventually moved on to guest star on other networks in shows like American Horror Story, NCIS:LA, Grey’s Anatomy, The Mentalist, and True Blood.

Cobb enjoys filling up her weeks with work in TV, film, or theatre, but she also knows how hard it is to break into acting in Los Angeles so she spends her spare time sharing what she has learned from the process. Mentoring and connecting one-on-one with aspiring actors is a big part of her life; it thrills her to help out newcomers and keep them from falling into the typical traps in Hollywood! Cobb is a sought-after keynote speaker at acting conferences and workshops, where she shares her book, “Stuck on a Ferris Wheel” to inform and encourage actors.